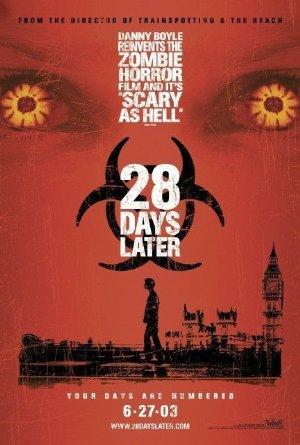 Four weeks after a mysterious, incurable virus spreads throughout the UK, a handful of survivors try to find sanctuary.

British director Danny Boyle most recently enchanted audiences with feel-good modern fairy-tale 'Slumdog Millionaire', and before that collaborated with Irvine Welsh on 'Trainspotting', as well as frightening the hell out of London residents with 2002 horror masterpiece '28 Days Later'. Clearly a man who can tackle any genre with competence, our biggest question is a genuine one: what will he do next?

Watch these movies and you might start appreciating that weird guy on the subway who always wears the medical face-mask; better safe than sorry when it comes to epidemics!