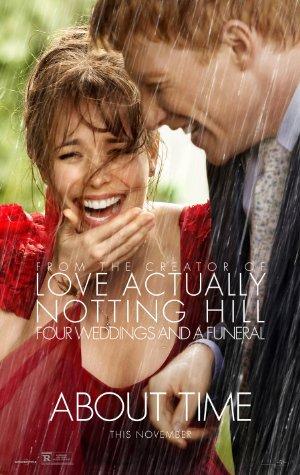 At the age of 21, Tim discovers he can travel in time and change what happens and has happened in his own life. His decision to make his world a better place by getting a girlfriend turns out not to be as easy as you might think.

Enjoy our collection of the best romance movies of 2013, including French art-house flick 'Blue is the Warmest Color' (steamier than a hot baguette), Millennial love story 'Don Jon', and flashy adaptation 'The Great Gatsby'.

Ever feel like you're watching the same movie over and over and over again? Maybe that's because it's, ahem, borrowed some of its plot elements from Groundhog Day. Or maybe you really are stuck in a time-loop, which will endlessly repeat until you learn an important life lesson!