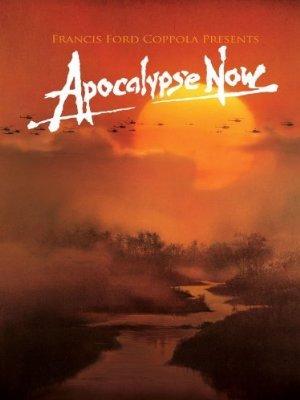 During the Vietnam War, Captain Willard is sent on a dangerous mission into Cambodia to assassinate a renegade colonel who has set himself up as a god among a local tribe.

'Movies Like Platoon': Best War Movies of all Time

An eclectic selection of the best modern warfare (20th century onwards) related movies of all time, all the way from 'Run Silent Run Deep' to 'American Sniper'. If you're a war-buff, we're sure you won't walk away empty-handed!

'The Godfather', 'Apocalypse Now', 'The Last Picture Show' - has cinema reached these heights since? Make up your own mind, but only after you check out this collection of films nominated for the Oscars best-picture award during the 1970s.

With seven Academy Award and six Golden Globe nominations, not to mentiona few BAFTAs and Emmys thrown in for good measure, Robert Duvall is one of the most decorated actors in history. See if his works deserves the buzz by checking out this comprehensive collection of his leading roles.

Martin, we just want you to know: nobody thinks Charlie is your fault. All we can feel is gratitude surveying all the great movies Sheen Sr. has brought us, including 'Apocalypse Now' and 'Bad Lands'. Winning!

Before he passed, legendary Chicago Sun-Times film critic Roger Ebert left an indelible stamp on the world of film history. The following list was submitted to Sight and Sound in 2012 before his death in 2013; Roger Ebert's 10 greatest films of all time.

Think 'Days of Heaven' and 'One Flew Over The Cuckoo's Nest' with this collection of the greatest dramatic pictures to have come out of the 1970s. Also make sure to check out our 'Oscar Best Picture Nominees 70s' list, for the critics' distillation of the decade.