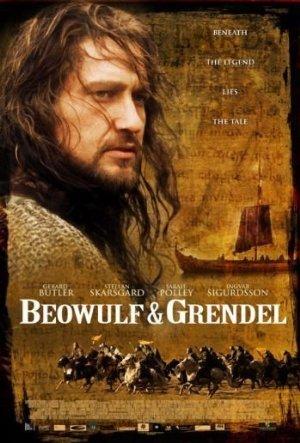 The blood-soaked tale of a Norse warrior's battle against the great and murderous troll, Grendel. Out of allegiance to the King Hrothgar, the much respected Lord of the Danes, Beowulf leads...

Thor, Loki, and the rest of the Aasgardian crew collide in this collection of movies based on Norse Mythology; and because you're watching, not reading, you don't have to mess around with all this: ë œ æ.

Observe the Scottish hunk in everything from outrageous action movies to fluffy RomComs.

Are those abs real or spray-painted on? Only his make-up artist knows. All that you need to know is that Gerard Butler is highly capable of killing multiple enemies with guns, swords, and remote control robots.

Ancient war and action movies, in the vein of 'Gladiator' and '300': ancient heroes duking it out against mythological monsters, Persians, and wooly mammoths. Check out our 'Great Medieval Action' list for similar themes set at a later date.

Movies in the vein of 'King Arthur': gritty action set in the Middle Ages (or thereabouts). Gone are the chivalry filled Arthurian adventures of the 70s and 80s; the medieval epic of today is gritty, dark, and littered with hacked off limbs!

Few things would have been more terrifying than the sight of a viking longboat cutting through the mist towards your sleepy sea-side village. Luckily, Scandinavians are now a peaceful, well coiffed bunch, and we can observe the viking culture without fear of decapitation.