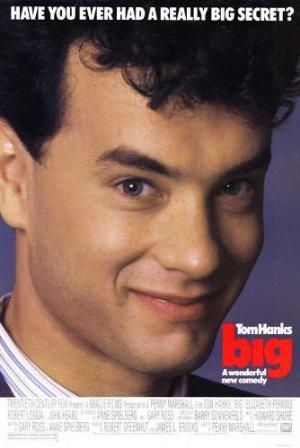 When a boy wishes to be big at a magic wish machine, he wakes up the next morning and finds himself in an adult body.

Tom Hanks innate warmth is what makes his comedic efforts so successful. Laugh along with 'The Money Pit', 'Turner and Hooch', and 'Big' as you explore Hanks's complete comedic oeuvre.

The man who is often described as America's dad — Tom Hanks — has produced many feel-good movies; here's our pick of the best.

Who are you going to call? If it weren't for the decade that brought you 'Ghostbusters' you would have no answer for that question. Enjoy this collection of the very finest family movies from the 1980s.

Hollywood has been charmed by the idea of two opposing personalities switching bodies for many decades now. Enjoy the fruits of their obsession with this list of the very best body-swap comedies from decades past!