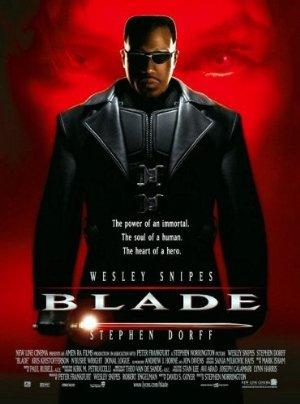 A half-vampire, half-mortal man becomes a protector of the mortal race, while slaying evil vampires.

As the century drew to a close, action movies seemed to just be gearing up. With 'Saving Private Ryan', 'Blade' and 'Ronin' what else could a 90s kid want.

Wesley Snipes' inherent coolness shines through whether he's wielding a samurai sword or not. Fun-fact: Snipes earned a 5th dan black belt in Karate at age 12!

The greatest superhero flicks from yesteryear based on Marvel and DC comics. You don't need CGI to battle for truth, justice, and the American way!