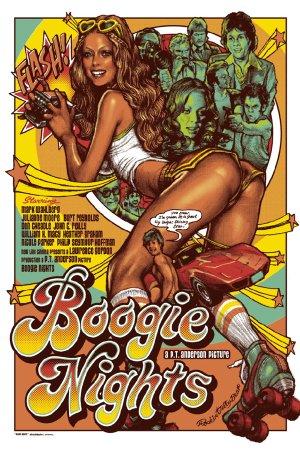 The story of a young man's adventures in the Californian pornography industry of the late 1970s and early 1980s.

Nice burns fireman! This eclectic list is comprised of modern films set in the 1970s, encompassing everything from nostalgic stoner comedy 'Dazed and Confused' to psychological horror flick 'Zodiac'.

Although anyone who has watched 'Brules Rules' will find it slightly difficult to take John C. Reilly seriously in his more dramatic roles, they won't be able to say after watching 'We Need to Talk About Kevin' that the man is solely a comedic talent.

We've all heard of the 'Male Gaze' theory (assuming we all went to a post 1970s liberal arts college), which states that cinema is constructed for the pleasure of the male viewer. But what about when the tables are turned and it's women's fantasies acted out on screen?