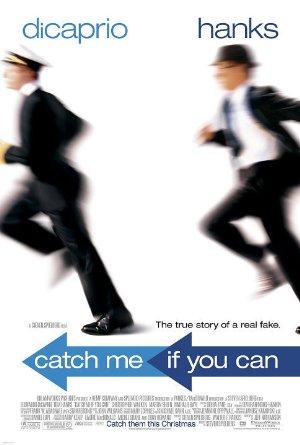 The true story of Frank Abagnale Jr. who, before his 19th birthday, successfully conned millions of dollars' worth of checks as a Pan Am pilot, doctor, and legal prosecutor.

Say hello to my little friend - movies that keep you on the edge of your seat. These aren’t just your Italian mobsters. The Coen brothers’ “Fargo” shows that even sweet Minnesotans are capable of a fantastic heist. Or not.

Anyone who hasn't heard of legendary director Steven Spielberg can only have been living in a cave, under a rock, with earplugs in, unconscious for the past 40 odd years. Check out the breadth of his dramatic productions with this list.

This list of Tom Hanks' drama movies is like a box of chocolates - but with a little card that tells you which ones are which. So you know exactly what you're going to get.

The perfect list for law-abiding citizens looking to get a cheery, entirely misleading peek into the criminal underworld. Movies in the vein of 'Snatch', 'Ocean's 11', and 'Tower Heist'.