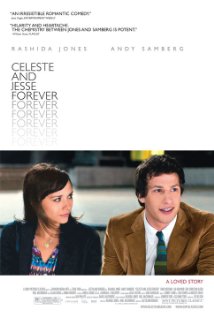 A divorcing couple tries to maintain their friendship while they both pursue other people.

The best breakup comedy movies, designed to help you see the light side of things after your significant other rips out your heart and stomps on it with rusty soccer cleats.

'Movies like Eternal Sunshine of the Spotless Mind': Finally, Some Romantic Realism

Why not check out this collection of films that take an observational, not an idealistic, look at what love really is: for all its pains, anxieties, and plateaus. Unless of course you married a dude who looks like James Marsden after falling in love at first sight!

The man behind 'Brooklyn 99' has also had an illustrious film career, with 'Hot Rod', 'Celeste & Jesse Forever', and new hidden-gem '7 days in Hell'; it doesn't get goofier than Andy in short-shorts.

Enjoy our collection of the best independent comedy movies from recent years, including 'Juno', 'Ghost World', and recent addition 'In a World...': the immensely talented Lake Bell's debut work!

RomComs for those from Generation-Y; we may have sunk to using Tinder, but that doesn't mean the flame of romance has stopped burning in our tech savvy breasts! Ok, well maybe a little - but it can be rekindled!