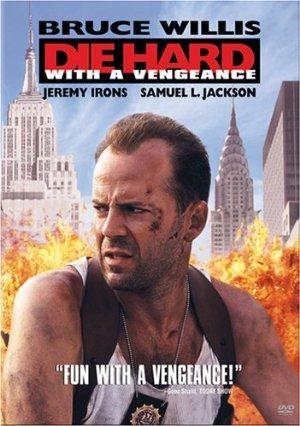 John McClane and a Harlem store owner are targeted by German terrorist Simon Gruber in New York City, where he plans to rob the Federal Reserve Building.

First off, apologies for the pun. Hopefully you'll forgive us when you check out this collection of Samuel L. Jackson's most action-packed roles. Propriety forbids us to quote our favorite line of his, but suffice it to say it involves snakes, planes, and mothers.

McTiernan is responsible for three of the greatest action movies ever made: 'Predator', 'Die Hard', and 'The Hunt for Red October'. Doubly surprising when you consider he is currently incarcerated and bankrupt. Anyway, check out these and other action classics.

Terrorists have been having their asses handed to them for a long time now by the few and the brave. Check out these counter-terror golden-oldies, including the original 'Die Hard' and the 90s sensation 'Air Force One'!