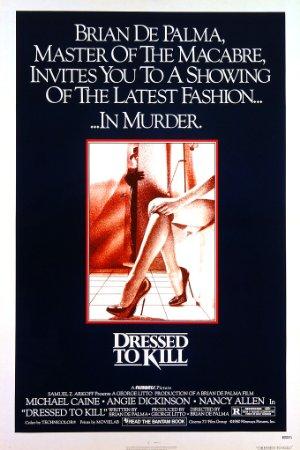 A mysterious blonde woman kills one of a psychiatrist's patients, and then goes after the high-class call girl who witnessed the murder.

The most impersonated man in Britain, Michael Caine actually once imitated other people's imitations of him on an interview with Michael Parkinson. Fun fact: Caine quit an 80-a-day cigarette habit in the early 70s after a lecture by Tony Curtis. "Not a lot of people know that."

Don't look for buckets of blood and axe wielding maniacs here (at least not exclusively). These classic psychological horror movies released before the year 1990 rely more on the unseen than the seen for their impact. Also check out our 'Modern Psychological Horror' collection for more recent fare!

Although his most famous film is probably 'Scarface', Hollywood legend Brian de Palma was also behind more than a couple horror classics in the 70s, including Stephen King's 'Carrie' and the supremely creepy 1973 smash-hit 'Sisters'.

We all wish we had a “Secretary” even if just for some “Body Heat”; we will keep our “Eyes Wide Shut” as you add these sultry films to your Watchlist.

“Giallo” might mean “yellow” in Italian, but these films aren’t for the easily spooked. The movement flourished in the 1970s with a tendency towards gorgeous female leads, masked misogynistic maniacs, and blood, blood, blood.