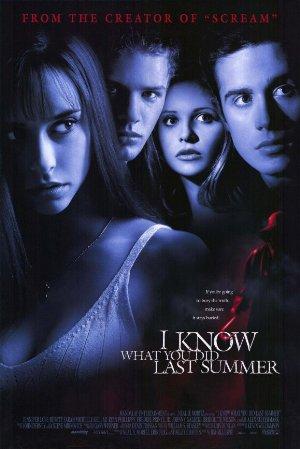 Four teens are in great danger one year after their car hits a stranger whose body they dump in the sea.

Watch 'Anaconda' and tell us that is not entertaining. Seriously, we dare you!

Horror movies with urban legends as their centrals villains, often summoned through the actions of reckless teens. Will have you forwarding 'cursed' chain emails to everyone you know - hey, who cares if you lose your job as long as you don't lose your life!

Why were teens in the 90s so eminently murderable? Perhaps it was their frosted tips, their plaid shirts, or their insistence on inserting 'like' between every other word. In any event, we're not exactly weeping as we watch them meet their untimely demise in this collection of the best 90s teen horror flicks!