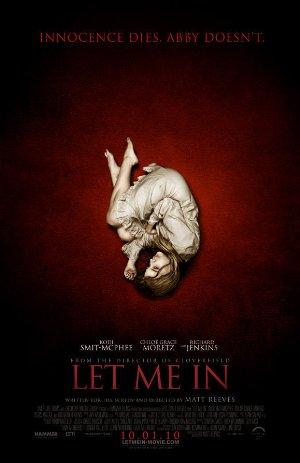 A bullied young boy befriends a young female vampire who lives in secrecy with her guardian.

'Movies Like Let the Right One In': Horrifying Love Stories

Nothing is more terrifying than falling in love - particularly if the object of your affection is some some form of undead creature who will potentially devour your flesh. Make sure to check out modern classic 'Let the Right One In' as well as lesser-known Iranian gem 'A Girl Walks Home at Night'!

Movies Like Beyond the Gates: Love Letters to 80s Horror

Whether these movies are direct remakes of 80s horror franchises, or aspired the 80s horror aesthetic, they all owe a great debt to the directors of yesteryear.

Want to watch a vampire movie, but would rather gnaw your own arm off than watch Twilight? Why not check out this collection of independent, blood-sucking gems that have somehow managed slipped the radar, including recent Iranian release 'A Girl Walks Home Alone at Night'.