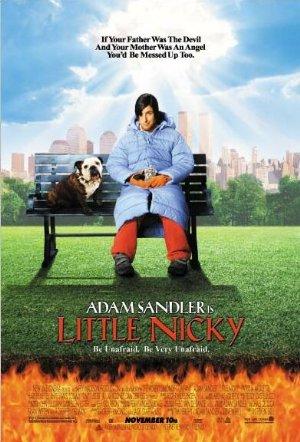 A movie about the independent minded son of Beelzebub and the mischief he creates.

Unlike Y2K, these comedy films are real and people actually cared! We'd definitely suggest checking out the quite different 'Songs from the Second Floor'.

These contemporary goofy slapsticks carry on Mo, Larry, and Curly's esteemed legacy of physical comedy, sight-gags, and potty humor. Who knew there were so many surfaces upon which a man could land spread-eagle?

A term coined by academics at NYU, 'Magical Sandlearism' is a sub-genre of magical realism starring Adam Sandler. It marks an important break from strands of earlier magical realism, led by removed academic types, such as Gabriel Garcia Marquez and Salman Rushdie.