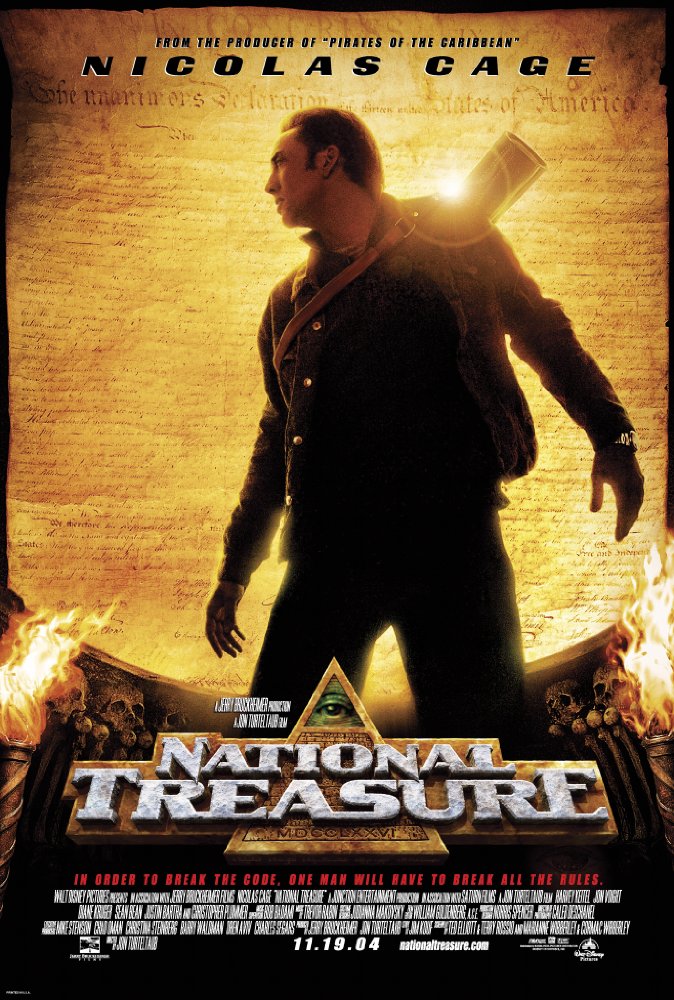 A historian races to find the legendary Templar Treasure before a team of mercenaries.

Early noughties family fun for a bit of nostalgia. Harry Potter, Shrek, The Incredibles and National Treasure all in one year, yes please!

'Movies like National Treasure': On the Hunt for Treasure Movies

These 21st century treasure movies pick up where Indiana Jones left off (particularly the new Indiana Jones movie!), with swashbuckling tales of buried gold, secret maps, and dangerous guardians! Adventure doesn't get simpler, and more enjoyable, than this!

We bring you the best of not-quite-Indiana-Jones-but-the-best-you're-gonna-get adventure flicks, including 'The Mummy' and 'National Treasure'! And to think, all OUR college professors did outside of class was drink merlot and bitch about the deans.