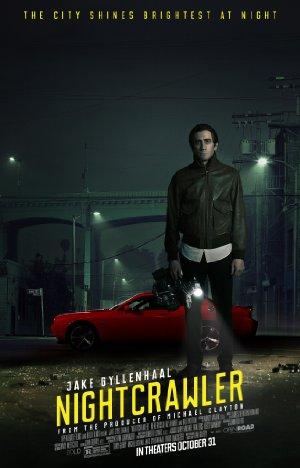 When Louis Bloom, a driven man desperate for work, muscles into the world of L.A. crime journalism, he blurs the line between observer and participant to become the star of his own story. Aiding him in his effort is Nina, a TV-news veteran.

From cynical Irish social dramedy 'Calvary' to frankly stressful character study 'Whiplash', 2014 was a great year for drama. Feel free to use this list as a springboard for why you loved/ hated 'Boyhood'!

What makes Jake Jake? Is it his doe-eyed stare, his charming drawl, or his apparent ability to add 80 pounds of lean muscle on command, as seen in 'Southpaw'. If only he'd been that ripped for 'Brokeback Mountain' - nobody would've been telling him whom he could or couldn't love then.