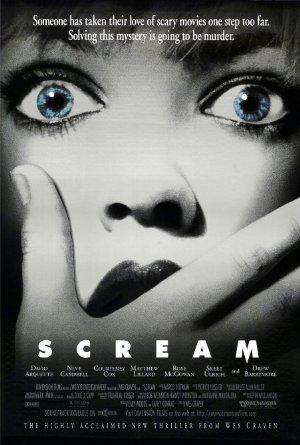 Attempting to cope with her mother's murder, Sidney and her horror movie-obsessed friends are stalked by a murderer who seems to have a hard time letting the past go.

Whether you enjoy these meta-horror movies or not completely depends on your tolerance for winks, nods, guffaws, and other slight body gestures indicating the directors know exactly what they're doing.

For as long as there have been teens there have been psychopathic maniacs eager to teach them bizarrely orthodox lessons about chastity and respect through the medium of machetes. Check out such classics as 'Nightmare on Elm Street', 'Halloween', and 'Scream' right here!

One has to wonder if this man harbors a secret hatred for teens, particularly of the unchaste variety - he's certainly staged enough of their deaths on-screen. In any event, gore-hounds need look no further than this filmography for their sick thrills.