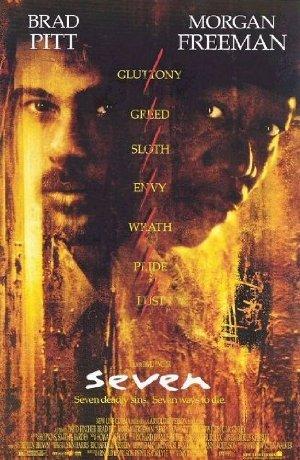 Two detectives, a rookie and a veteran, hunt a serial killer who uses the seven deadly sins as his modus operandi.

Say hello to my little friend - movies that keep you on the edge of your seat. These aren’t just your Italian mobsters. The Coen brothers’ “Fargo” shows that even sweet Minnesotans are capable of a fantastic heist. Or not.

From epic crime drama 'Goodfellas' to game-changing Tarantino caper flick 'Pulp Fiction', this collection contains only the very best crime movies from the 1990s. Not a bad choice to be seen!

'Fargo to Line of Fire': Neo-Nineties-Noir

The best neo-noir crime the nineteen nineties has to offer, before and after Quentin Tarantino revolutionized the genre; includes 'Fargo', 'Pulp Fiction', 'Miller's Crossing' - you know, the usual suspects ;).

'Movies Like Silence of the Lambs': Cops vs. Serial Killer Thrillers

Thrillers in the style of 'Seven': Watch police detectives play cat-and-mouse with some seriously twisted felines in a complex dance between hunter and hunted, where the roles are often reversed. Check out 'Crimson Rivers' for an overlooked foreign gem starring Jean Reno!