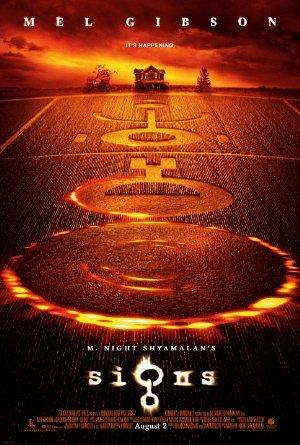 A family living on a farm finds mysterious crop circles in their fields which suggests something more frightening to come.

Whether he's playing a desperate alcoholic in need of acceptance, a haughty Roman emperor, or a folk legend Joaquin Phoenix carries with him undeniable stage-presence and a subtle command of emotional expression. That and he has an awesome name.

With a name like M. Night Shyamalan, this director was never going to do anything but make horror flicks. His movies may have more twists than a silly-straw, but his plots never feel contrived, and are guaranteed to leave audiences breathless at the big reveal.

Don't watch this collection of contemporary UFO horror movies if you're by yourself in an open field, night-fishing, or about to visit your proctologist. Make sure to check out 'Slither' for a great, relatively unknown, horror-comedy treat!