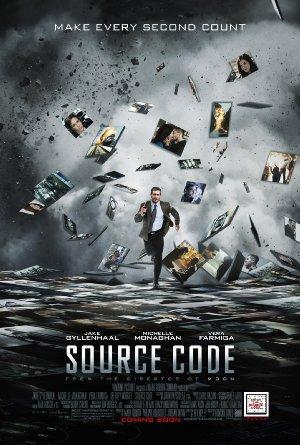 A soldier wakes up in someone else's body and discovers he's part of an experimental government program to find the bomber of a commuter train. A mission he has only 8 minutes to complete.

What makes Jake Jake? Is it his doe-eyed stare, his charming drawl, or his apparent ability to add 80 pounds of lean muscle on command, as seen in 'Southpaw'. If only he'd been that ripped for 'Brokeback Mountain' - nobody would've been telling him whom he could or couldn't love then.