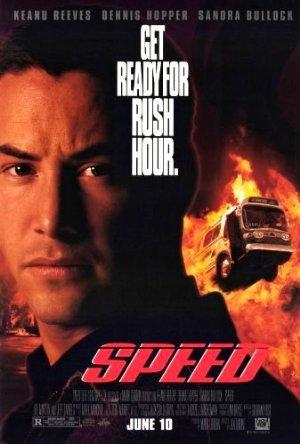 A young cop must prevent a bomb exploding aboard a city bus by keeping its speed above 50 mph.

The hijacking thriller has a long and rich history in Hollywood - Enjoy the genre's best examples from yesteryear, including Keanu Reeve's 'Speed' and decade defining action flick 'Air Force One'. The action heroes in these stories are serious about not negotiating with terrorists!