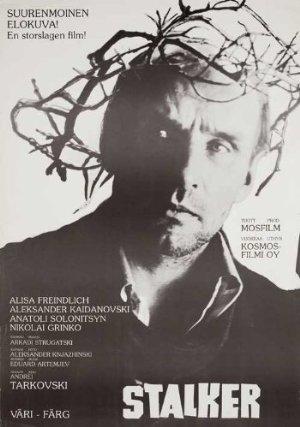 A guide leads two men through an area known as the Zone to find a room that grants wishes.

Sci-fi is already the most "out there" genre, so what happens when experimental directors take its themes and run with them? Check out this collection of the very best boundary pushing science-fiction films and find out for yourself. Just don't say we didn't warn you!

Only the very best Sci-Fi foreign cinema has to offer, often woefully underappreciated by American audiences. French, Chinese, Swiss, and Scandinavian films all make an appearance on this collection of films, perfect for sci-fi lovers looking for something off the beaten track.

'A New Hope', 'Solaris', and oh - did we mention 'Soylent Green'; enjoy this collection of the very best science-fiction (hard, soft, and pliable) that the 1970s has to offer. Watch a few of these films and you may start agreeing with us that here the genre reached its peak.

Despite a troubled history of censorship, Russia has continued to produce movies acclaimed by critics foreign and domestic. 'Leviathan' is only the most recent of a staggering list of great Russian dramas.