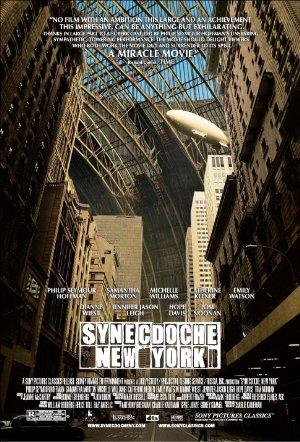 A theatre director struggles with his work, and the women in his life, as he creates a life-size replica of New York City inside a warehouse as part of his new play.

'Movies Like Synedoche, New York': Most Pretentious Movies Ever

Movies to Get Lucky With

If you are planning to Netflix and Chill, let one of these movies give you a subtle assist. They aren't bad enough to be a a joke, but at the same time they beg to be stopped 30 minutes in.

Feeling "Dazed and Confused" about the fact that we don’t actually have “500 Days of Summer”? Let Ellen Page and Michael Cera turn that frown upside down.

These comedy flicks step beyond the boundaries of dark humor and into the realm of downright nihilism. Keep an eye out for boundary pushing work of Todd Solondz, as well as Tim Heidecker's debut film 'The Comedy'.