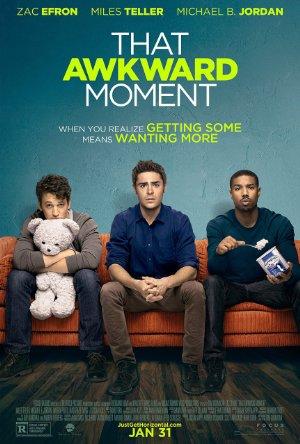 Three best friends find themselves where we've all been - at that confusing moment in every dating relationship when you have to decide "So...where is this going?"

Why are these modern RomComs so damn easy to watch? Be sure to check out The One I Love if you fancy something a bit different.

True love never dies, i.e it was certainly present three years ago! If you haven't already seen it, have a tissue ready if you watch The Fault in Our Stars....

Not nearly the funniest, but we'd highly recommend Wes Anderson's superb 'The Grand Budapest Hotel'. If you're after an out and out knee-slapper it would have to be the comedy chaos of 'Chef'.

Miles Teller's acting career can be very neatly divided into two categories - good choices, and bad choices. If 'Get a Job' is anything to go by, the trend isn't slowing down.

Enjoy our collection of the best romance movies of 2014, including tween-marketed phenomenon 'The Fault in Our Stars', sweeping romance-fantasy 'Winter's Tale', and yet another Sparks banker 'The Best of Me'.

2014: probably best remembered as the year a comedy movie nearly started nuclear war with North Korea, but there was so much more! Make sure to check out 'They Came Together' for a hilarious spoof on the RomCom genre!

Efron captured a whole generation's hearts in the Disney Channel's smash-hit 'High School Musical'. Since then his face (which we think looks a bit like plasticine, but maybe we're just jealous) has graced countless tweenaged girls' bed-room walls. If you count yourself among that number, then check out this collection of the star's leading roles!