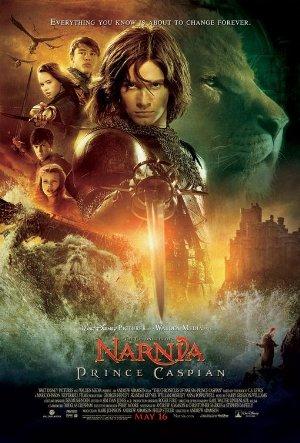 The Chronicles of Narnia: Prince Caspian (2008)

The Chronicles of Narnia: Prince Caspian (2008)

The Pevensie siblings return to Narnia, where they are enlisted to once again help ward off an evil king and restore the rightful heir to the land's throne, Prince Caspian.

A nod of the hat to one of the chairman of FilmFish's all time favourite movies 'Wall-E' must be in order here!

Modern movies in the vein of 'Chronicles of Narnia': children naturally invent their own worlds, but what happens when they actually discover one? Will have you constantly checking the back of your wardrobe...because maybe there's a chance.