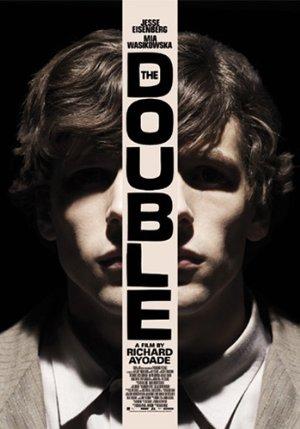 imon is a timid man, scratching out an isolated existence in an indifferent world. He is overlooked at work, scorned by his mother, and ignored by the woman of his dreams. He feels powerless to change any of these things. The arrival of a new co-worker, James, serves to upset the balance.

Movies in the vein of 'Vertigo': thrillers centering around people discovering their exact doubles. Make sure to check out Jesse Eisenberg in the aptly name 'The Double', for a more recent take on a familiar theme. In the words of Connor MacLeod, 'There can be only one!'.

A compilation of Topher Grace's leading roles from comedic to dramatic, and everything in-between. Make sure to check out excellent 2015 drama 'Truth' for yet another reason to hate George W. Bush!

Ever felt like your workplace has Franz Kafka as its head manager? Then these movies exploring the absurd side of the modern corporate world are up your street. Includes Terry Gilliam classic 'Brazil', as well as underwatched Zach Galifianakis flick 'Visioneers'.

In a pinch because you've seen everything by David Lynch? These disturbing films take their artistic direction from Lynch, without any official association.

If you like your comedy darker than a pint of bitter served in a traditional pub, then check out this collection of pitch black British humor from recent years. Includes 'In the Loop', a superb political satire, and most recently Simon Pegg's 'Kill Me Three Times'!

For those who like it good and pitchy, check out this collection of the best black comedies this millennium has to offer, including 'Birdman', 'Bernie', and murder-spree caper 'God Bless America'. It may not help your cynicism, but it will help pass your lonely, bitter evenings!