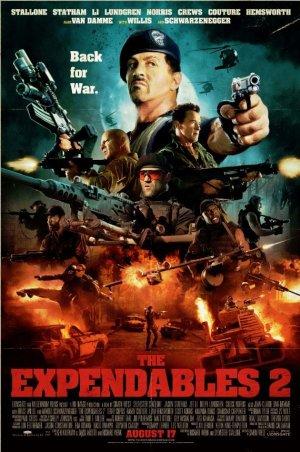 Mr. Church reunites the Expendables for what should be an easy paycheck, but when one of their men is murdered on the job, their quest for revenge puts them deep in enemy territory and up against an unexpected threat.

Everyone knows his face, only real action afficionados know his name, and just those action afficionados with experience of the Germanic tongue know how to pronounce it. Whatever category you fall into, be sure there's a great guys night flick waiting to be found in this collection of Dolph's action roles to be found.

The man with the best war-cry in hollywood! When you're craving an Arnie flick, nothing else is going to hit the spot - so tuck in to this collection of his complete filmography, including sci-fi classic 'The Terminator', seminal 80s sword and sorcery flick 'Conan the Barbarian', or high-octane crime thriller 'The Last Stand', for something more recent.