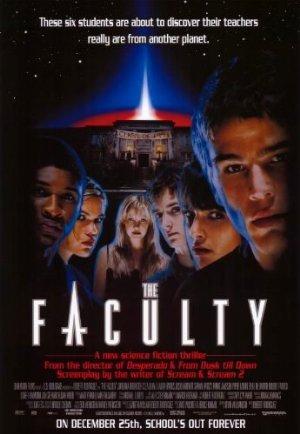 Students suspect that their teachers are aliens after bizarre occurrences.

'Movies Like The Faculty': 'They Walk Among Us' Classics

Classic UFO sci-fi, where the aliens infiltrate as opposed to invade, taking over people's minds and taking down society from the inside, just like those damn commies tried to do!

Why were teens in the 90s so eminently murderable? Perhaps it was their frosted tips, their plaid shirts, or their insistence on inserting 'like' between every other word. In any event, we're not exactly weeping as we watch them meet their untimely demise in this collection of the best 90s teen horror flicks!