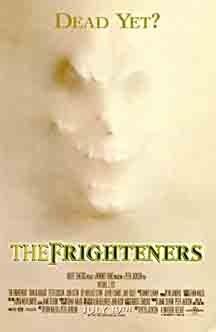 After a tragic car accident that killed his wife, a man discovers he can communicate with the dead to con people but when a demonic spirit appears, he may be the only one who can stop it from killing the living and the dead.

The ghost story is a tried and true way to chill an audience, delve into our list of the most spine tingling examples from before the year 2000, including seminal haunted-house flick 'The Innocents' and Kubrick's enduring psychological-horror 'The Shining'.

Why have so many excellent horror comedy movies come out of New Zealand, from Peter Jackson's out of character splatter flick 'Dead Alive' to recent mockumentary 'What We Do in the Shadows', perfect for FoTC fans.