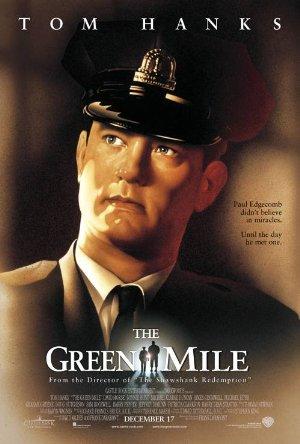 The lives of guards on Death Row are affected by one of their charges: a black man accused of child murder and rape, yet who has a mysterious gift.

In the vein of 'Hugo', 'Big Fish', and 'Forrest Gump': movies with a tall-tale feel, depicting the bizarre, eventful, and even epic lives of their unlikely protagonists.

Enjoy these tales from the slammer, pre-2000; everything from the 'Shawshank Redemption', to 'Papillon'. Some were wrongfully imprisoned, some rightfully, and some only God can judge.

Why is it that when you watch these movies with your boyfriend he always "gets something in both his eyes"?

The best examples of magical realist film-making from before the year 2000, learn to see the miracles in day-to-day life! Features the adaptation of Stephen King's masterpiece 'The Green Mile', Irish hidden-gem 'The Secret of Roan Inish', and the unmistakable work of Terry Gilliam 'The Fisher King'.

'Shawshank to Stand By Me': Drama From The King

Dramatic adaptations based on the works of our generation's Charles Dickens, Mr. Stephen King. Imagine being the man who penned both 'Stand by Me' and 'The Shawshank Redemption'!