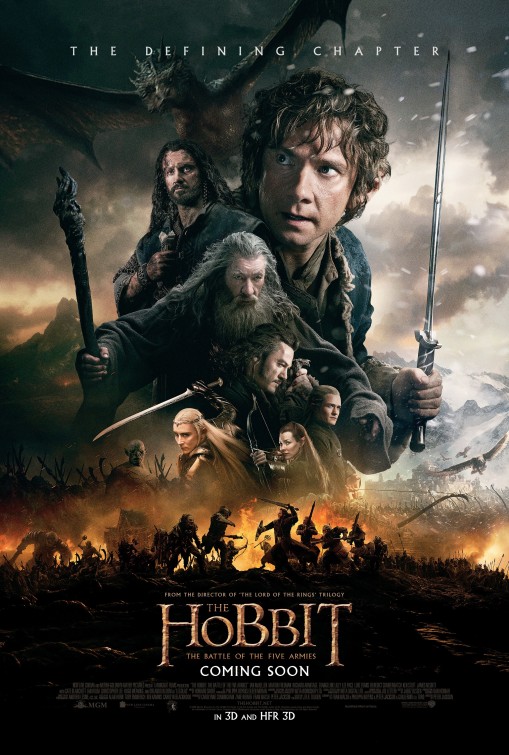 Bilbo and Company are forced to engage in a war against an array of combatants and keep the Lonely Mountain from falling into the hands of a rising darkness.

Whether he's dealing with an insufferable boss in the world's most dysfunctional office or attempting to nick a dragon's hoard, Freeman brings an understated, everyman charm to every role he plays. Make sure to check him out in British family hidden-gem 'Nativity', which received very little publicity in the states.