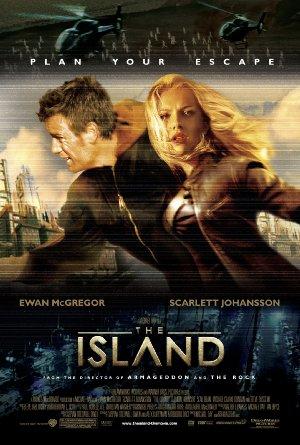 A man goes on the run after he discovers that he is actually a "harvestable being", and is being kept as a source of replacement parts, along with others, in a Utopian facility.

The mid noughties was ripe for epic space operas, and that's fine by us. As well as final Star Wars prequel we had the awesome 'Serenity' and 'Hitch Hiker's Guide to the Galaxy'.

While 'The Goblet of Fire' was one of favourite Harry Potter instalments, if it's pure adventure you're after we'd suggest Orlando Bloom not as Legolas in 'Kingdom of Heaven'.

If you're looking for a big-budget, relentlessly entertaining blockbuster then take a gander at Michael Bay's action-packed filmography, featuring the Transformers trilogy, 'Bad Boys', and late period Sean Connery classic 'The Rock'.