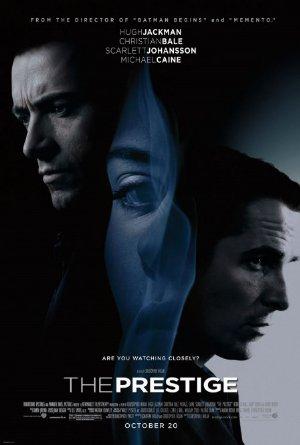 Two stage magicians engage in competitive one-upmanship in an attempt to create the ultimate stage illusion.

The mid noughties gave us some great sci-fi, we love 'The Prestige' and 'Children of Men'. If you're into anime we'd seriously suggest checking out 'The Girl Who Leapt Through Time'.

The most impersonated man in Britain, Michael Caine actually once imitated other people's imitations of him on an interview with Michael Parkinson. Fun fact: Caine quit an 80-a-day cigarette habit in the early 70s after a lecture by Tony Curtis. "Not a lot of people know that."