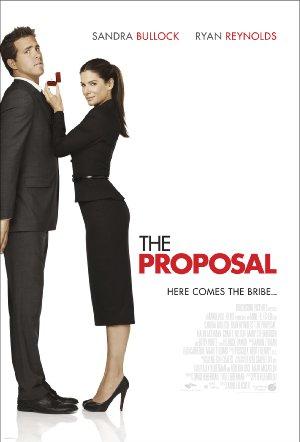 After forcing her young assistant, Andrew, into marriage to avoid deportation, Margaret must travel to Andrews childhood home in Alaska, where romantic hijinks ensue and INS agents follow.

The man who brought Deadpool to life: Ryan Reynolds started out in the Canadian television circuit before cracking the American market starring alongside Wesley Snipes in 'Blade: Trinity'. Fun fact: Reynolds once dated Canadian singer Alanis Morissette, but broke up after a short engagement. Well at least they didn't have to deal with rain on their wedding day-ay-ay!

Before we begin, no matter how much you laughed at it, 'Buried' was not technically a comedy, and therefore was not included in this list. We do, however, have all Reynolds' films that were meant to make you chuckle, including 'Just Friends' and 'The Proposal'.

A true silver-screen queen. We'd recommend 'While You Were Sleeping' for some classic Bullock romcom goodness.

Whether the workplace is Google HQ or a Mom and Pop restaurant, one thing holds true throughout: they are in serious need of a performance review given the collection of clowns, slackers, and morons who populate this list of workplace comedies. Check out 'The Internship' for some highly enjoyable pro-Google propaganda!

'Movies like How To Lose A Guy in 10 Days': Modern Lighthearted RomComs

Everyone loves a bit of fluff now and then - treat yourself with one of our contemporary feel-good chick flicks, chock full of ditzy leads, drop-dead gorgeous love interests (who somehow remain completely relatable), and kisses you saw a mile off, but still leave you sighing.