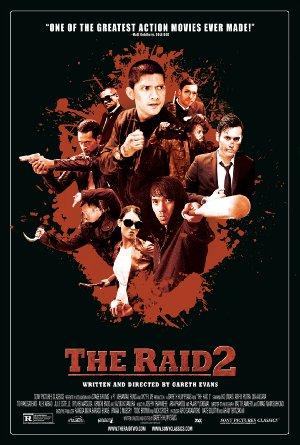 Only a short time after the first raid, Rama goes undercover with the thugs of Jakarta and plans to bring down the syndicate and uncover the corruption within his police force.

The finest indie cinema of 2014, hand-picked by the Sundance panel themselves. Includes pitch-black Irish social commentary 'Calvary' and simply indescribable so-indie-it-hurts comedy 'Frank'. Pick a flick and keep yourself in the loop!

Mixing action-packed superhero flicks with more traditional action-thrillers, 2014 offers the discerning action fan a buffet of options. Make sure to check out the now red-hot 'Chris Pratt' in his breakthrough role as Starlord in 'Guardians of the Galaxy'.

Allow us to give these diamonds in the rough the recognition they really deserve! Make sure to check out 'Kilo Two Bravo' for the best war movie nobody's ever heard of!

The contemporary crème de la crème de crime from around the globe (try saying that three times fast), including superb prison flick 'A Prophet' and Scandinavian heist-thriller 'Headhunters'. If you don't mind subtitles, then you're in for a treat!

Getting tired of martial arts movies where the dubbing comes three seconds too late? Try our list of high-quality modern kung fu flicks, including Chow Yun Fat in 'Crouching Tiger' and epic fantasy adventure 'Journey to the West'!