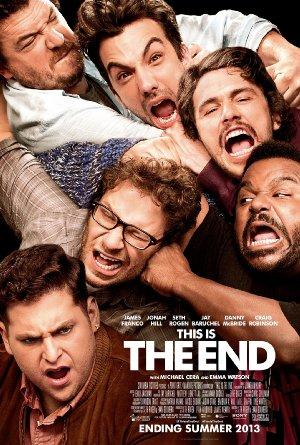 While attending a party at James Franco's house, Seth Rogen, Jay Baruchel and many other celebrities are faced with the apocalypse.

Thank God he's a better actor than he is an academy award presenter. Well, they probably don't let him smoke pot on set! Enjoy everyone's favorite lank-haired, squinty eyed rogue in a variety of comedic and dramatic roles!

America fell in love with charmingly geeky, worryingly thin actor Michael Cera in the 2007 teen-comedy 'Superbad'. Since then he has branched out into darker territory with 'Crystal Fairy', 'Youth in Revolt', and the wonderfully creepy psychological thriller 'Magic Magic'.

Eastbound and Down fans won't be disappointed by this list of movies starring irreverent Southern bad-boy Danny McBride. If you haven't already, make sure to check out hilarious martial-arts comedy 'The Foot Fist Way'. McBride Unbridled.

After being introduced to the dramatic side of his range in 'Wolf of Wall Street' and 'Moneyball', we're excited to see what young Hill does next. Check out his most recent dramatic role as a gun-runner in 'War Dogs'.