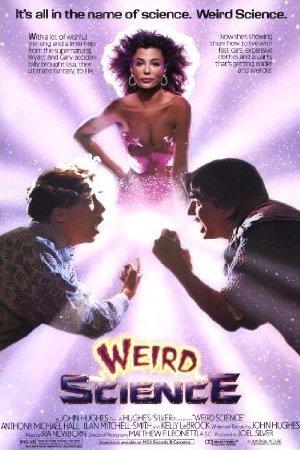 Two high school nerds attempt to create the perfect woman, but she turns out to be more than that.

For people who were nerds in the 80s, are nerds now, or are considering becoming nerds in the near future, enjoy this list of the best sci-fi comedy the 1980s had to offer, from 'Back to the Future' to 'Weird Science'.

From Ferris Bueller to the Karate Kid, 80s teens sure knew how to defy the system while still keeping that heart of gold polished, winning a poofy haired beau in the process.

Both raunchy and strangely innocent, 80s high-school comedy gave us such timeless classics as 'Say Anything...', 'The Breakfast Club', and, of course, 'Ferris Bueller's Day Off' (which we can't understand only getting 82% critics on RT). Brat-Pack gold!