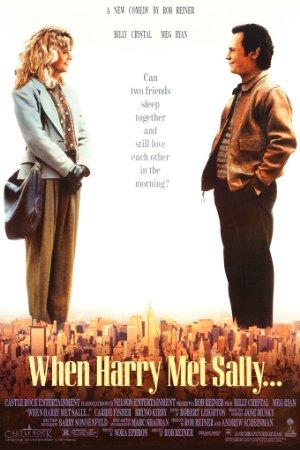 Follow Harry and Sally through the years as their friendship develops and they confront the relationship defining question; can a man and woman be friends, without sex getting in the way?

The man who brought 'The Princess Bride', 'When Harry Met Sally', and 'Spinal Tap' into the world. If there were some way to measure the amount of net happiness an individual has brought into the world we're pretty sure Reiner would be just behind Mother Theresa and the guy who invented massage chairs.

'Movies Like Sleepless in Seattle': The RomCom Hall of Fame

These pre-2000 romantic comedies epitomize the great American RomCom, when it hit its peak in the 80s and 90s. The list may be subjective, but hopefully we've covered all the major gems.

We're not quite sure how many romantic comedies Meg Ryan has appeared in over the course of her career, but it's well into the double digits.

As with nachos so with RomComs - the more cheese the better! That's why for our money the 80s produced the best romantic comedies ever. Includes Cusack's 'Say Anything', which inspired generations of young men to wake up neighborhoods with late-night boombox serenades.