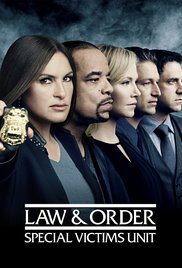 All your favorite NBC TV shows, both classic and modern, have found their way on to this master-list, sure to provide something for those with a 'Friends' sized hole in their heart.

You may not recognize the name, but you know the work of prolific producer Dick Wolf including the Law & Order and Chicago (Fire, P.D.) franchises.

Shows like the Night Of: Crime and Punishment from Different Angles

The Night Of is a recent hit in a powerful sub-genre, where a crime and trial are seen from the viewpoint of the police, victims, witnesses, prosecutors, defense attorneys, and suspects (who are often wrongly accused).

We're not saying these police procedurals are formulaic, but they do have pretty similar titles and all feature an ensemble cast of suspiciously good looking police officers, a strong emphasis on the process of catching bad guys, and a sense of place.