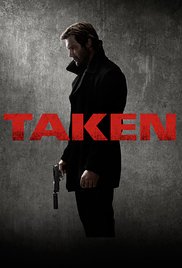 As former CIA agent Bryan Mills deals with a personal tragedy that shakes his world, he fights to overcome the incident and exact revenge.

A list for those of us who are easily bored by plot and character development but love frequent fights, shootouts, and car chases--hold the existential dilemmas please.

Shows like Into the Badlands: One Man Army Series

When lone-wolf action heroes like Jack Bauer, Luke Cage, and the Daredevil call for backup it's not for them--it's for their opponents to even the odds before single-handedly kicking their posteriors--and don't miss the related list "Badass Female Action Heroes."

These action thrillers feature agents from the CIA, MI-5, Mossad and their global counterparts rooting out spies, terrorists and criminals by any means necessary.

Shows Like Limitless: A Badass Movie Equals a Badass Show

TV shows based on heart pumping movies like 'Limitless', 'The Transporter', and 'Taken'.

Political conspiracies reaching to the top of the government require badass special agents (think Jack Bauer) to save the day.